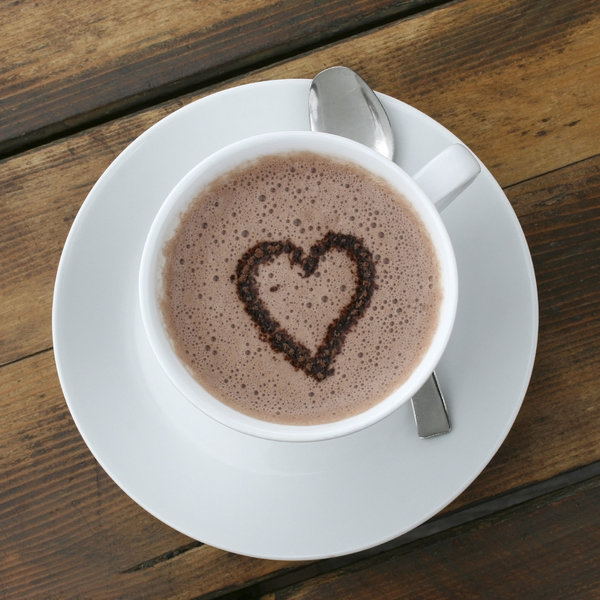 UNIVERSITY PARK, Pa. — A few cups of hot cocoa may not only fight off the chill of a winter’s day, but they could also help obese people better control inflammation-related diseases, such as diabetes, according to Penn State researchers.

Mice that were fed cocoa with a high-fat diet experienced less obesity-related inflammation than mice fed the same high-fat diet without the supplement, said Joshua Lambert, associate professor of food science. The mice ate the human equivalent of 10 tablespoons of cocoa powder — about four or five cups of hot cocoa — during a 10-week period.

“What surprised me was the magnitude of the effect,” Lambert said. “There wasn’t as big of an effect on the body weight as we expected, but I was surprised at the dramatic reduction of inflammation and fatty liver disease.”

The cocoa powder supplement also reduced the levels of liver triglycerides in mice by a little more than 32 percent, according to Lambert, who worked with Yeyi Gu, graduate student in food science, and Shan Yu, a graduate student in physiology. Elevated triglyceride levels are a sign of fatty liver disease and are related to inflammation and diabetes.

The mice also saw a slight but significant drop in the rate of body weight gain, according to the researchers, who reported their findings in the online version of the European Journal of Nutrition.

Lambert said that another theory is that excess fat in the diet interferes with the body’s ability to keep a bacterial component called endotoxin from entering the bloodstream through gaps between cells in the digestive system — gut barrier function — and alerting an immune response. The cocoa in this case may help improve gut barrier function.

“Most obesity researchers tend to steer clear of chocolate because it is high in fat, high in sugar and is usually considered an indulgence,” Lambert said. “However, cocoa powder is low in fat and low in sugar. We looked at cocoa because it contains a lot of polyphenolic compounds, so it is analogous to things like green tea and wine, which researchers have been studying for some of their health benefits.”

Lambert said he expects future research will be conducted to better identify why the cocoa powder is effective in treating inflammation, as well as determine if the treatment is suitable for humans.

The National Institutes of Health supported this work.