The Millers – At the Tip of the Spear 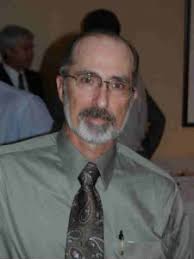 Having one effective advocate in a family is good; having two is superb. ProHealth is proud to announce that Bob and Courtney Miller are its ME/CFS Advocates of the Year. In a disorder that gets as little support from the federal government as chronic fatigue syndrome (ME/CFS), advocacy is crucial, and the Millers embody the best that advocacy has to offer: an avenue to the concrete implementation of reform.

Bob has lived with this disorder for over two decades, and Courtney has known its costs for the same length of time. Both are determined, persistent advocates who feel a great wrong has been done not just to them, but to a whole community of people. And they aim to rectify it.

If Bob Miller had been in the Armed Forces he probably would have been a Marine. Look on the front lines of an ME/CFS advocacy effort in the US and you’ll probably find him there; you’ll find him probing ahead, talking to officials nobody else seems to be able to reach, snatching rides with them on elevators, wedging his way into conversations, getting Staff Member phone numbers. Bob knows more people in the federal government than anyone I know.

Bob is persistent. He knows what he wants – full recognition and funding for this disorder – and if his body would cooperate fully, the rest of us might get what he wants as well.  What Bob does on 20% is amazing. I’d love to see him work at 50%, and I’d probably have to get out of the way at 80%.

Direct and passionate, the Millers  are not afraid to get in people’s faces, but neither are they flamethrowers. Neither is interested in making waves to see how high they splash – they  want results, and they’re really good at putting themselves in places where they have the best chance of producing them. That’s what  advocacy is all about; finding ways to wedge yourself into the public conversation in such a way that you can make a difference. That’s what Bob, a former labor organizer, and Courtney are really good at.

No advocacy act over the past few years has been more impressive than when Courtney Miller snagged President Obama on the campaign trail and asked him the kind of question that demanded a response we could build on. That’s what happened in December, 2011 when, at a videotaped campaign stop, Courtney Miller asked President Obama if he could help her, her husband, and their two boys with the paltry federal response to ME/CFS.

With the budget cutbacks and federal sequestration hammering every department it’s difficult to tell from the outside what difference the Obama Promise made. But former liason to CFSAC, Dr. Wanda Jones, said that while it’s not always easy to see on the surface, that promise made a difference; the attitude to ME/CFS in the federal government has changed significantly in the last few years.

The Trials of Clinical Trials

Nothing is dearer to either Courtney or Bob’s hearts than clinical trials and treatment options for ME/CFS. Courtney watched Bob being raised from the dead by Ampligen, and both are acutely aware that they are among the lucky few to have access to the drug.

Nowhere are either more forceful than when advocating for clinical trials. Check out this short clip (below)  from an unscripted, spontaneous talk Bob made at the State of the Knowledge Workshop two years ago, and you’ll a see powerful blend of passion, force, and clarity.

“I’ve been listening to talk about how in the future we are going to set up clinical trials. I want them now!  I want them today. I want to walk out of this room and know something’s going to happen.”

When a year later there were still no ME/CFS clinical trials, Bob played a key role in getting the FDA to hold a stakeholder meeting this April. That work set the stage for chronic fatigue syndrome to join HIV, breast and lung cancer, Parkinson’s and other big-ticket diseases on the Patient-Focused Drug Development initiative list to increase patient participation in the FDA drug approval process. Just last month ME/CFS took the leadoff position on the FDA’s new patient-oriented initiative.

When the FDA didn’t approve Ampligen, Bob, a long-time Ampligen patient, went on a hunger strike – a touchy situation given his poor health – to get the FDA to reconsider. The FDA didn’t change its mind but Bob’s hunger strike and letters of support from the ME/CFS community resulted in high-level discussions  involving Senator Harry Reid, Senator Hagen and others, an in-house meeting between Secretary of Health Sebelius and NIH staff with ME/CFS, and a promise for an NIH representative to attend the FDA stakeholder meeting.

The Millers – a team that plans their advocacy efforts strategy together – always seem, health willing, to be moving, and on May 12th Bob will moving more than ever as he steps out of airplane at 14,000 feet to skydive for ME/CFS…Hey it’s Miller time…and that means finding a way to push the field forward.

ProHealth is proud to have Bob and Courtney Miller as its first ME/CFS ADVOCATES OF THE YEAR.

The Brainstem Series – Part I
A Ketamine Revolution for Depression and Pain? Spravato, Fibromyalgia and ME/CFS
Making Sense of the IOM Controversy
7 Tips for Better Pacing
The Medicinal Uses of Cannabis in the Treatment of Lyme Disease and Related Conditions
How to Manage ME/CFS Symptoms when Enthusiasm Gets the Best of You
×