Parliamentary Debate: Kids being taken into care by medics who refuse to believe ME is real

Children with the devastating illness ME face the threat of being taken into care because medics refuse to accept their disease is real, parliament was today told.

ME – myalgic encephalomyelitis – is a cruel disease affecting a quarter of a million people in the UK who are being “failed” in a “national disgrace”.

While classed as a neurological disease, the stigmatised condition is still considered wrongly by some health professionals to be psychological. It means that often patients struggle to get the support they so desperately need.

In the debate today – the first in 20 years on ME – the House of Commons was told how one in five children with the disease are being threatened with the prospect of being forced into care.

She said: “There is currently no cure for ME and many with the condition experience inadequate care and support.

“But there are an estimated quarter of a million people in the UK suffering from ME, and currently we are letting these people down.

“The cause of the disease is unknown, but many patients report that it developed after a viral infection such as flu or glandular fever.

“Many adults cannot maintain employment or relationships with family and friends, while children frequently fall behind in school. The ignorance surrounding the condition makes it harder to access benefits with DWP assessors often deciding the sufferer is fit for work.”

Several quality of life research studies have shown that the level of disability in ME can be just as great than many other serious medical conditions, including cancer and multiple sclerosis.

While some people with ME do improve over the course of time, it is only a small minority that return to full normal health. And the disease is indiscriminate, affecting both sexes, all ages and all races. 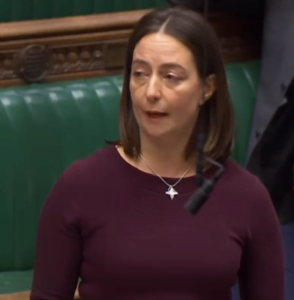 “Some with severe ME spend their days in darkened rooms, unable even to watch TV or listen to music.  Even touch is intolerable. Many are tube fed. For these individuals, ME is a life sentence, but a life spent existing, not living.

“This condition is largely unknown because those affected are often hidden away. I commend the ME community for lobbying so successfully to ensure so many members are here today.

“Leading up to this debate, I have been asked repeatedly what I hope to achieve. Ultimately what I want, and what the ME community wants, is better treatment and care for those with ME.”

The debate was told how one in five families caring for a child with the devastating disease ME have been referred for child protection proceedings.

The Commons told how an eight-year-old – Girl B – was almost taken from her family by social services after medics said her condition was psychological.

Mrs Monaghan continued: “B’s parents were warned that if they did not fully comply, child protection proceeding would be initiated. Social services specified graded exercise, despite being warned of the dangers. As a result, B deteriorated rapidly until she became wheelchair bound. “

Under threat of court action, the girl’s parents were then forced to take her to a children’s hospital and threatened with the prospect of their daughter being taken into foster care.

Mrs Monaghan continued: “B was in constant pain, unable to sit upright, with her head hanging down the side, crying in distress.

“This continued for five months and her parents were threatened that if B didn’t progress, she’d be transferred to a psychiatric unit or placed in foster care.”

It was only when the girl’s parents sought the intervention of the secretary of state, that the girl was allowed home and removed from the ‘at risk’ register.

Ms Monaghan, who also called for the suspension of controversial Graded Exercise Therapy and Cognitive Behaviour Therapy as recommended treatment programmes, added: “A firm diagnosis of ME protects the child from these proceedings but unfortunately paediatricians are often reluctant to give this – simply because they do not understand the condition – which leaves the child open to social service intervention.

“This is a national disgrace and needs urgent action. Children who are already blighted by ME must not be subjected to this trauma.”

Subscribe to the World's Most Popular ME-CFS Newsletter (it's free!)

Steve Brine, parliamentary under-secretary for health, responded to the debate, saying that, “The Government do not for one-minute underestimate ME.”

“We know that the condition has a devastating impact,” adding, “we cannot for one minute begin to understand what it must be like to suffer from this condition.”

Mr Brine said nobody with ME should ever “be fobbed off by the medical profession.” He said that before the debate he had spoken with the chair of the Royal College of GPs – Prof. Helen Stokes-Lampard – and will organise a future discussion on improving medical education and awareness. 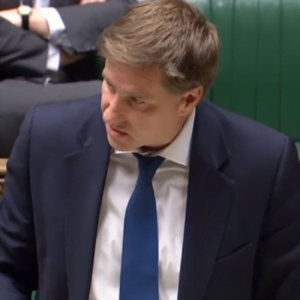 “The NICE guidance is clear on a number of important points. There is no one form of treatment to suit every patient; that is self-evident. The needs and preferences of patients should absolutely be taken into account. Doctors should explain that no single strategy will be successful for all patients, which is a hallmark of this condition.

“In common with people receiving any NHS care, ME patients have the absolute right to refuse or withdraw from any part of their treatment; nobody is making this happen. Those with severe symptoms may require access to a wider range of support, managed by a specialist.”

On the subject of research funding for ME, Mr Brine said that it wasn’t the Governments responsibility to allocate specific funding, and that the problem lay with the quality of research applications.

In closing, Mrs Monaghan replied that, “On the question of medical research, I am sure that many researchers will have heard what he said. However, it is notable that although there is some excellent biomedical research going on just now, it is being funded by charities, and not by the Government. The Government need to take this seriously.”

The ME Association is at the forefront of improving access to care, treatment and research and removing the disease’s stigma.

Despite being recognised by the World Health Organisation as a neurological disease, and a report from the Chief Medical Officer of Health calling for more research and a network of hospital-based clinics, many doctors still don’t know how to diagnose and manage ME/CFS and lack or research means that we still don’t have any effective forms of treatment.

Dr Charles Shepherd, the charity’s medical adviser, added: “There are major problems with both undergraduate and postgraduate medical education on ME.

“Undergraduate education on ME is inadequate, or even non-existent, in many medical schools.  So, doctors are qualifying knowing little or nothing about the diagnosis or management of ME and without ever seeing a patient with ME. This is particularly so in medical schools where there is nobody carrying out research, or a clinician seeing patients with ME.

“Continuing lack of medical education means that many doctors in primary care/general practice are then unsure about how to make a diagnosis (leading to a late or misdiagnosis) and/or being unable to provide guidance on even basic aspects of management.

“This is a completely unacceptable situation for a disease that is twice as common as multiple sclerosis and where a new report has estimated that is costing the UK economy around £3.5 billion in lost taxes, healthcare and benefit costs.”

The motion was passed unanimously:

“That this House calls on the Government to provide increased funding for biomedical research into the diagnosis and treatment of ME, supports the suspension of Graded Exercise Therapy and Cognitive Behaviour Therapy as means of treatment, supports updated training of GPs and medical professionals to ensure they are equipped with clear guidance on diagnosis of ME and appropriate management advice to reflect international consensus on best practice, and is concerned about the current trends of subjecting ME families to unjustified child protection procedures.”

“Overall, I thought it was an excellent debate and although the House of Commons chamber looked rather empty at times, it is quite an achievement to get around 40 MPs to attend a backbench chamber debate for 90 minutes at the end of Thursday afternoon – when most are heading home to their constituencies.

“Carol Monaghan made an excellent opening speech which was followed by shorter speeches from over 20 MPs. 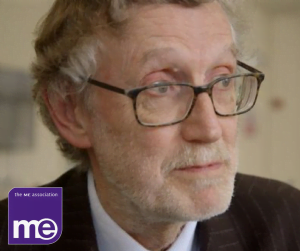 “MPs from all political parties made very similar points covering all the key concerns that have been put to them by the Forward ME Group in our briefing document – lack of medical education, need for biomedical research, NICE recommendations on CBT and GET, the PACE trial etc.

“Most MPs also referred to personal issues that had been raised by their constituents – some of which very clearly illustrated the need for an urgent change of attitude by some sections of the medical profession.

“And while ministerial responses tend to be disappointing when it comes to actual action, I think that Steve Brine, Minister for Health, had clearly got the message about education, lack of biomedical research, bad management etc and that he will be talking to his advisers and colleagues about the points that were being made.

“One specific ministerial action, which is clearly going to happen, is a meeting with the President of the Royal College of General Practitioners to discuss GP education – which can obviously follow up the work that the Forward Group have been doing with the RCGP.

“So, a big thank you to Carol for securing this debate; thanks to all the MPs who turned up and spoke, and thanks to everyone who wrote to their MP to ask them to attend.

List of MPs who took part in the debate – in order of speaking:

A number of other MPs – Justine Greening, Con, Putney, Julian Lewis, Con, New Forest East, Paula Sherrif, Lab, Dewsbury – made interventions. NB:  There were other MPs in the chamber for all or part of the debate but did not take part. See Hansard Volume 653.

Coming of Age with Chronic Illness
Coming Clean on a Dirty Secret: Irritable Bowel Syndrome
I’m Sick But What Is Wrong with Me?
SURVEY RESULTS: What Name Would YOU Choose for CFS?
How to Cope When Others Don’t Understand ME/CFS
Drug Under Development Spells Hope for Pain Relief in Fibromyalgia